(APRIL 2020 UPDATE: The 2020 Writing Conference of Los Angeles is postponed until 2021 for safety reasons. If you are signed up for the 2020 event as a paid attendee, or you would like to know more about WDW’s new 2020 online conferences — which include many recorded sessions, one-on-one pitching to agents by phone or Skype, and more — please see all info here, and be in contact with us anytime you want — writingdayworkshops@gmail.com.)

This page will be updated as more faculty members are confirmed
for the 2020 Writing Conference of Los Angeles.

Gabrielle Prendergast is a writer, teacher and designer. She is the author of many books for kids (young adult, middle grade, and picture books). She is represented by Barbara Poelle at the Irene Goodman Literary Agency. In 2018 she won the BC Book Prizes Sheila A. Egoff Children’s Literature Prize and toured the province as part of the BC Book Prizes Tour. In 2017 Gabrielle took part in the TD Canada Children’s Book Week Tour. In 2015 she was nominated for the BC Book Prizes and chosen to tour the province to promote BC Books. In 2014 she was the Writer in Residence at Vancouver Public Library. She has also been nominated for the White Pine Award and the CLA Award.

Gabrielle won the Westchester Award for Audacious. Audacious was included in CBC’s list of 100 YA Books That Make You Proud to be Canadian. A poem from Capricious was chosen for the 2014 Poetry in Transit Program. Pandas on the East Side was chosen as an Ontario Library Association Best Bet for Junior Fiction in 2016. It was also nominated/shortlisted for the Chocolate Lily Award, The Red Cedar Award, the Diamond Willow Award, the Myrca Award and the Vancouver Book Award. Her most recent book is the YA sci-fi Zero Repeat Forever, which won the 2018 BC Book Prizes’ Sheila A Egoff Award.

At the 2020 LA event, she is teaching on writing picture books. She is also doing critiques for attendees as an add-on element.

Rufi Thorpe is a published novelist.

At the 2020 LA conference, she is teaching on multiple subjects. She is also offering manuscript critiques as an add-on element for attendees.

Rufi received her MFA from the University of Virginia in 2009. Her first novel, The Girls from Corona del Mar, was long listed for the 2014 International Dylan Thomas Prize and for the 2014 Flaherty-Dunnan First Novel Prize. Her second novel, Dear Fang, With Love, was published by Knopf in May 2016. Her latest novel, The Knockout Queen, comes out in spring 2020. (Learn more about all her books on her website here.)

She lives in California with her husband and two sons.

Sarah Enni writes young adult books, and is the creator and host of the First Draft podcast. Her latest novel, TELL ME EVERYTHING, was released in 2019. She was born in Seattle, and has lived all over the continental U.S., eventually landing in Los Angeles, where she lives now with her cat, Hammer.

At the 2020 LA conference, Sarah is teaching on writing YA & MG novels. She is also doing critiques as an add-on element for attendees.

Sarah has been writing–zines, fake newspapers, yearbook copy, English essays, original astrology signs–since forever. Her first job out of college was reporting on radioactive waste for a trade publication.

The First Draft podcast came along because she was tired of listening to endless interviews with comedians (though she still loves listening to those), and figured her friends were just as interesting. Armed with a mic and a destination, Sarah hit the road on an epic, 6,600-mile cross-country road trip in 2014, gathering more than 60 interviews. She eventually arrived in Los Angeles but decided the project was far from done. The podcast now has more than 200 episodes, and has been downloaded more than 200,000 times. And she hopes it’s just the beginning. 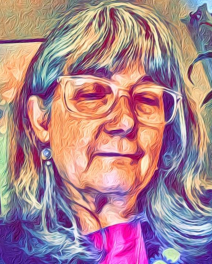 Lynn Flewelling is best known for her Nightrunner Series (beginning with Luck in the Shadows) and the Tamír Triad (beginning with The Bone Doll’s Twin), which mix high fantasy, horror, humor, and swashbuckling heroes who break a lot of molds, including gender and sexuality. (See all her books here.)

Her books have been finalists for the Locus, Compton Crook, and other awards. Lynn’s work has been published in more than a dozen languages and enjoys international acclaim. Her first novel, Luck in the Shadows (1996), placed Flewelling squarely in the vanguard of authors bringing queer heroes and adventurers into the fantasy mainstream. Critics and fans alike love Lynn’s realistic fantasy worlds, which are not only deeply researched and richly detailed in everything from war and politics to medieval cookery and public sanitation, but drawn from her own life, from growing up in the wooded landscape of northern Maine to her checkered work history, and family life.

In 2013, after completing the Nightrunner Series with Shards of Time, Lynn gave herself a sabbatical to earn a Master’s degree in Depth Psychology and currently has a private psychotherapy practice in Southern California. Like Arthur Conan Doyle, she noodles about with story between patients.

At the 2020 LA event, Lynn is teaching on writing science fiction and fantasy. She is also offering critiques as an add-on element for attendees.

Eve Porinchak is an author, as well as a former literary agent.

At the 2020 LA workshop, Eve is offering manuscript critiques for attendees, and teaching on multiple subjects.

Since earning degrees in Biology and Psychology from UCLA, Eve has lived all over the planet and spent much of her time in and out of jail – as a creative writing teacher for teen inmates. A former agent with Jill Corcoran Literary Agency, Eve also attended medical school, served as a social worker with foster youth and homeless populations, and taught everything from first grade to college courses.

Eve writes stories featuring youth she feels have been underrepresented in children’s literature, such as those born into gang life, the abandoned, and the incarcerated who – ironically – have the most fascinating tales to tell. Her first book, the critically acclaimed ONE CUT – a haunting nonfiction story with a juvenile justice bent – launched Simon and Schuster’s new young adult true crime line, Simon True. 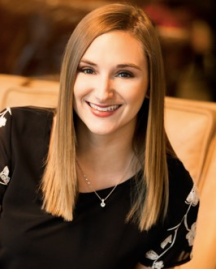 Rachel Beck is a literary agent with Liza Dawson Associates.

Rachel Beck joined Liza Dawson Associates in 2020 after working at a boutique literary agency for 4 years. She has been in the publishing industry since 2009 and worked at Harlequin editing romance novels for nearly six years before transitioning her skills to the agent world in order to be an advocate and champion for authors.

Rachel is looking for:

Dana Newman is a literary agent and the founder of Dana Newman Literary.

At the 2020 LA event, Dana is teaching on how to write a nonfiction book proposal. She is also meeting with attendees for one-on-one pitches.

She is seeking: “On the fiction side, we consider a very selective amount of literary fiction and women’s upmarket fiction. We look for character-driven stories written in a distinctive voice that are emotionally truthful.

“We are interested in practical nonfiction (business, health and wellness, psychology, parenting, technology) by authors with smart, unique perspectives and established platforms who are committed to actively marketing and promoting their books.

Dana Newman Literary was founded by Dana Newman in 2010. Prior to becoming a literary agent, she worked for 14 years as General Counsel for Moviola and its affiliates, Paskal Lighting and Magnasync Corporation. With years of experience working in the entertainment and communications technology industries during the digital revolution in film editing and audio recording, Dana enthusiastically embraces new technologies and ideas about how books will be created, distributed and experienced. Dana combines her professional insight, educational background (B.A. in Comparative Literature from U.C. Berkeley, J.D. from University of San Francisco), and a lifelong love of reading to her role as a literary agent. She regularly attends writers’ conferences and speaks frequently on legal issues for authors (including publishing contracts, collaboration agreements, and copyright). Dana Newman Literary works with Judy Klein of Kleinworks Agency on handling clients’ foreign rights sales. She works as a co-agent with Phyllis Parsons of The Parsons Company, Inc. in connection with speakers and film/TV rights.

In addition to her work as a literary agent, Dana is also Of Counsel at Raines Feldman LLP, where she focuses on business and legal advising, negotiating and drafting contracts, intellectual property (copyrights and trademarks), licensing and publishing law. She has extensive experience with publishing and literary agency agreements, and also does pre-publication legal review of manuscripts. Her specialty is helping creative entrepreneurs and authors achieve their goals, and she’s represented a wide variety of clients in entertainment, media and business. She wrote “Copyright Grants: as Powerful as Kryptonite?” published in the Los Angeles Daily Journal, and co-authored the chapter on Technology and Intellectual Property Rights in the book Emerging Companies Guide: A Resource for Professionals and Entrepreneurs, Second Edition (American Bar Association 2011).

Dana is a member of the Association of Authors’ Representatives and the California State Bar.

Tara Gilbert is a jr. literary agent with Corvisiero Agency. At the 2020 LA conference, she is taking pitches on behalf of herself as well as co-agents. She is also teaching a class.

Tara wants nothing more than to live and breathe literature. While every other girl grew up wanting to be Cinderella, Tara dreamed about being Belle. Not because she wanted a Beast to call her own. No. She wanted to spend her days with her nose stuck in a book and to find a home with a gigantic library.

Personally, she is seeking all kinds of young adult and middle grade, adult sci-fi, adult fantasy, graphic novels, and romance. On behalf of co-agents, she will take pitches for historical novels, women’s fiction, mainstream/general fiction, and children’s picture books.

When Tara isn’t reading for pleasure, writing, critiquing manuscripts for her CPs, or interning; she is a full-time recruiter and part-time student trying to get her Bachelors in English. She is happily married with four fur-babies in Portland, Oregon.

Kerrie Flanagan is an author, writing consultant, and accomplished freelance writer with over 20 years’ experience. She is the author of WRITERS DIGEST GUIDE TO MAGAZINE ARTICLE WRITING, and creator of the MAGAZINE WRITING BLUEPRINT.

Her work has appeared in publications such as, Writer’s Digest, Alaska Magazine, FamilyFun, The Writer, six Chicken Soup for the Soul books and a variety of anthologies. In addition to the eight books she published under her label, Hot Chocolate Press, she recently teamed up with a co-author for the Curtain Call romantic comedy series under the pen name, C.K. Wiles and two Sci-Fi/Fantasy series under the pen name C.G. Harris. In addition to her own writing, she is passionate about helping other writers. She was the founder and former director of Northern Colorado Writers and now consults with writers. Her background in teaching and enjoyment of helping writers, has led her to present at writing conferences across the country.

Kerrie is part of the Writing Day Workshops team and a co-coordinator of the 2020 Writing Conference of Los Angeles, At the event, she is teaching on how to build your writer platform.